Owning Your Shadow Self 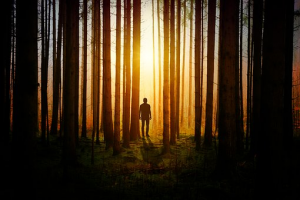 The highly original and influential novelist Ursula K. Le Guin died in January of this year. She leaves behind a wonderful body of work that depicts fantastic and futuristic worlds such as The Earthsea Trilogy (1968-1974) and The Left Hand of Darkness (1969).

Perhaps one of her most thought provoking stories is The Ones Who Walk Away From Omelas[1] (1973). The story portrays the Utopian society called Omelas. It opens as the residents are enjoying celebrating their Summer Festival. Everyone seems to live in peace and harmony. Their happiness is not based on any naïve simplicity, as the author is at pains to depict that they are ‘mature individuals living full lives’.

However, at the core of this happy city is a troubling situation. Because the happiness of the inhabitants of Omelas is predicated on the existence of a single child who is kept isolated and incarcerated in perpetual misery. The people of Omelas know of the existence of the child but have rationalised the situation as being essential to ensuring the security of the rest of the city. In other words, the child is scapegoated and sacrificed for the ‘greater good’.

Of course, the concept of the scapegoat is not new, as there are many examples of this wherever there are groups of people – within families, organisations and society as a whole. Where this happens, a narrative is created to justify the bias and the inevitable exclusion and discrimination that follows.

As individuals, we may ‘scapegoat’ or split off those parts of ourselves that do not fit in with the person that we want to project to the outside world.

We can unconsciously seek to repress those parts of our personality that we deem inferior or unacceptable. 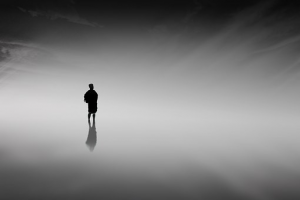 The Swiss psychiatrist Carl Jung (1875-1961) described this as our hidden ‘shadow’ self. However, at times of stress, tiredness or when under the influence of alcohol/drugs and other negative coping strategies this ‘shadow’ side of ourselves can come to the fore in a destructive way. We can also see the significance of the ‘shadow’ in The Strange Case of Dr. Jekyll and Mr. Hyde, Venom – (Marvel Comic character), Bellatrix Lestrange in the Harry Potter series, and in Oscar Wilde’s The Picture of Dorian Gray.

The good citizens of Omelas believe that they have only two choices – to either live with their choice or to walk away from it to destinations unknown. (If one were to drive away from Omelas and look in the rear view mirror then the real name of the city becomes apparent).

However, there is another option-to understand and come to terms with the shadow parts of ourselves. Instead of repressing these parts or projecting them onto others, accept that we are all complex human beings comprising of good, bad and neutral parts.

Arguably, by taking responsibility for ourselves in this way, and by developing positive coping mechanisms to deal with negative and challenging situations, we can start an empowering process. This will enable us to be more authentic, accepting and compassionate with ourselves and others.